This is one of those very sad stories when a poor creature was left starved to death from his owner. This poor Boxer was found in Queens, Ny from a casual passenger walking by. The Boxer was found curled up, maybe waiting for someone to save him from the misery. Thank God his preyers were listened, and he was rescued shortly! Find out what happened to the dog after a unknown man rescued him, in the pictures below!

The stranger who saved the poor puppy took him to a rescue animal shelter nearby. Unfortunately the animal rescue shelter didn’t have the necessary means to cure this puppy. Therefore they contacted Adopt a Boxer Rescue because they were able to provide the proper care for the poor animal. 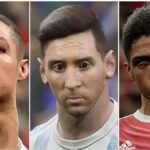