We are in a new decade and looks like earth has reached new level of tension. Everyone is talking abut political problems and leaving aside Australia fires. To see how serious the situation is, here is a list of images prove the things are terrifying down there in Australia.

#1 Since The Fire Has Passed Through Mallacoota This Beautiful, Selfless Young Guy Has Been Out Searching For Injured Wildlife. This Is One Of 7 Koalas He’s Saved So Far.

#2 I’m So Proud Of My Country, Our Volunteer Firefighters Are Legends In Their Own Category.

#4 This Fire Fighter (And All Ff’s) Saving The People, Animals, And Homes In Australia.

#5 After Spotting A Koala Crossing A Road Amongst The Flames A Woman Rushed To The Animal’s Aid, Wrapping It In Her Shirt And Pouring Water Over It.

#6 Quite Literally Watching Your World Burn.

#8 The Boy Helps The Stricken Kangaroo.

#9 Firefighter Saved This Little Baby Kangaroo That Was Left By Its Self.

#10 3D “Visualisation” Of The Fires In Australia, Made From Nasa Satellite Data.

#11 Australian Hillside Glows Like Lava After Being Consumed By Bus.

#13 Hell Opens Up In Australia. Thoughts Go Out To Our Brave Fire Fighters.

#14 In Australia After A Fire

#15 Area Of Land Burnt In Australia And Area Of Smoke Coverage Shown As Equivalent Area Over Europe.

#16 A Picture One Of The Local Postmen Took From His Front Yard. This Was In Forster.

#18 There is a widely-reported estimate that almost half a billion (480 million) animals have been killed by the bush fires in Australia. 🙁

#19 Wildlife carers applied burn cream onto Guzzle’s face to help with his injuries.

#20 Wildlife ravaged by Australia fires could take decades to recover. 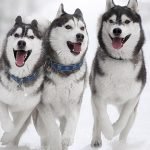 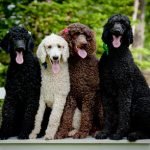