The terrifying flood catastrophe in Louisiana was compared as the worst natural disaster after the Sandy Hurricane. There were more than 30000 people that needed to be rescued.

During these kind of situations is important to save the pets as well as the people. As they recall from the Hurricane Katrina, there are a lot of people that are not willing to leave their pets behind. Due to this they refuse to evacuate their home.

Now some families keep pet carriers in their home in case of an emergency.

During all these crisis an animal shelter relocated as many animals as they could. The location they were at was severely damaged due to the flood, that is why they had to unlatch the kennel doors and let the pets swim out to the rooftop.

Although there were some losses of cats and dogs, they were able to save most of them. They still keep searching on missing ones and working to find them a foster home.

This man in the photo was able to save a herd of sheep by directing them into the boat and pulling the boat somewhere safe.

There were also a senior woman reporting that she saved her five dogs only with a kitchen table. When she saw the water rush in in no time, she went and flipped the table upside down and hoped her dogs on it. 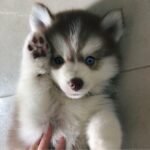 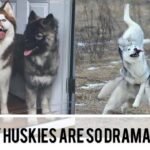