Animals don’t stop amazing me day after day. As for now I will show you a really special ball game between a crow, a German Shepherd, and their human. Actually the game is going on between the from and the human. Event though they are trying to get the dog involved, he ruins the game.

Look at that pass from the crow to the human people! Can you believe that? At the description of the video on Youtube, the owner says that he never trained it. I guess its just instinctive, or intelligence.I don’t have enough information to make that decision!

Then the game goes ohm and the bird decided to throw the ball to the dog, and that’s when he “eats it. “

Then the bird goes and and protests’ in front of the dog’s face. and he has a little bit of a rude response. I don’t like it because the poor bird was just trying to be a little friendly.

The bird couldn’t care less anyways. He goes on with the plan, and continues the ball game only with his beloved human. We all know that a ball game is not that easy you have to go after the ball all the time.

Most of the time you have to chase the ball all over the play ground, but hey thats why games are for. To move, and run, and chase around. Otherwise you could just sit all day doing nothing. That is not beautiful to me!

The video below shows the whole ball game from starting to ending. I hope you all enjoy this special game between these three different species. Event hough the dog didn’t fit to well into the game, he still makes a perfect game partner. We just have to keep him in mind for further games 😛 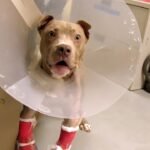