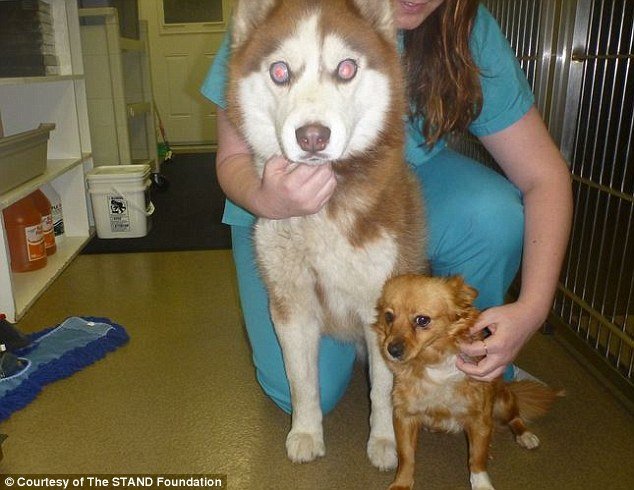 Years ago the workers of an animal shelter noticed a blind Husky walking around the streets along with another dog, a chihuahua-mix terrier breed. Although the chihuahua is quite smaller than the Husky in size, she was the one that kept them safe on the streets. When the Husky did not had her around she was very confused, timid and would get easily disoriented.

It is incredible to witness the bond these two dogs share with one another. The chihuahua always waits for the blind Husky to catch up with her when he is left behind. It as funny as it is incredible and unusual as well. Sadly the shelter that found the duo, could not keep them for much longer. Since there was not enough space, they needed it for upcoming dogs and for that exact reason both of them were scheduled to be euthanized. But before going through if it, the workers shelter gave it a last try sharing their story on social media, hoping for a miracle. And apparently it worked, since the pairs story came to the attention of an animal rescue organization. They even were compared with an elderly couple because of the perfect communication they have with each other. How well they understand one another’s needs it is just amazing.

Although the duo was safe for the moment at the rescue organization, they found it quite hard to find a home for them. Ideally they needed to stick together because of the Huskies blindness. And on top of these requests should be with a family that does not have cats because the chihuahua is pretty scared of them for no known reason. Eventually many families showed interest after hearing their story and what they have been through. Now they live in a loving family and can not be any happier having a forever home, each other and people that adore them. What can a dog ask more out of life. 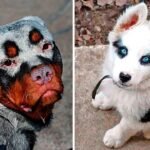