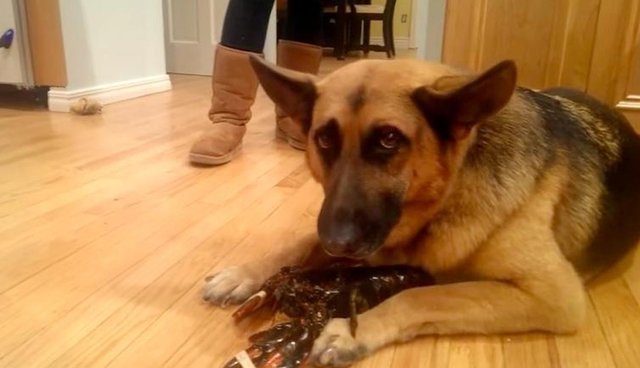 This video was realized long time ago but it begun to attract attention of peoples only last days. Sami, the german shepherd defends a lobster, so that it is not cooked by the owners.

The lobster was on the family menu, until the Sami, decided to the contrary. In the video shows how each of the family members, makes it impossible to restore their food, but in vain.

Dog protects in his way the lobster, putting her head above while pursuing the movements of the hands of the person who tries to snatch it. The owners of the dog have shown that Sami make the same act with kitten, caring for them. According to them, Sami is showing maternal instincts. In this house, as seen in the video is also another dog, named Gunny, who are inseparable with Sam.