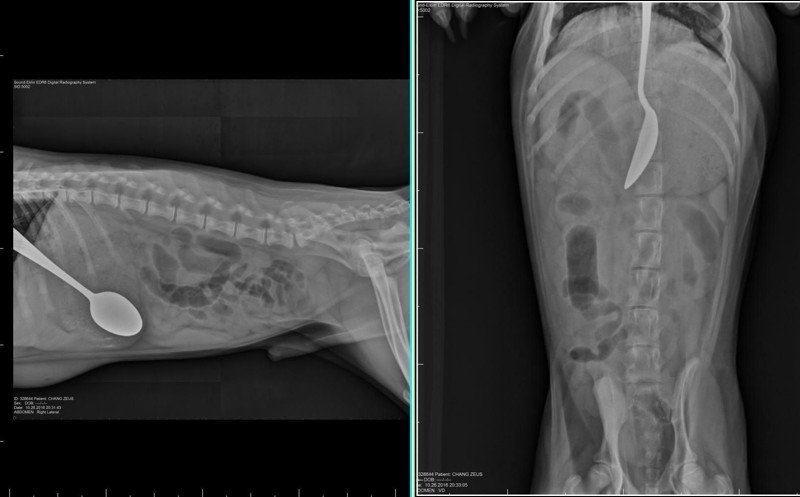 This is the story of Zeus, little hungry husky puppy, who apparently was so hungry that ended up eating the spoon too, accidentally. Zeus is just 5 months old and has no patience at all. He couldn’t even wait for his owner to pour his food on the plate. While she was pouring the food out of the can with a spoon the puppy lounged and swallowed the food and the spoon all together. He is a very hungry Husky. Although the pup kept eating until he finished the plate his owner was concerned. He was just a puppy while the spoon was quite big and there was no way that he could pass it out. As she was the woman grabbed the puppy and took him to the vet’s clinic where she explained what had happened. After performing an X-ray on the dog the veterinarian explained that it could be taken out with an endoscope without the need to put him throw surgery. Well that was a relief. 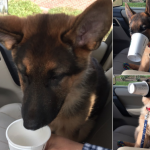